Shahram Nazeri - The Language of Love

“If you come in pilgrimage to my tomb

My burial ground will invite you to dance

My brother, don’t come without a tambourine

There’s no seat for grief at the Feast of God”

On the 19th February, Ertegun scholars were treated to an intimate concert by a master vocalist of Persian tradition and a key figure of the post-revolution classical revival. Shahram Nazeri is a celebrated Kurdish Iranian singer and composer who crafted his own repertoire of Persian Sufi music using the works of 12th century poet Jalāl ad-Dīn Rūmī.  Having known of Nazeri’s contribution to the modern-day classical music scene in Iran but only seen his Youtube videos, I was looking forward to hearing him in person.

The venue chosen for his performance was apt - the Holywell Music Room is a small U-shaped hall with seats that allow close observation of proceedings and impressive acoustics. Nazeri was accompanied by the acclaimed Mana ensemble, and all on stage were performing without amplification. As an Arab vocalist, I could not help experiencing the concert through the filter of my own musical tradition. Certainly, the Ostad vocalist sitting in the centre of a semicircle of musicians, themselves surrounded by an intimate circle of focused listeners was a very familiar set up. On the other hand, the language and some of the instruments were not and the evening was all the more intriguing for it.

Before they began playing, Ertegun House Director Professor Ed Herzig gave a warm and personal introduction, a reminder that many in the Oxford audience were keen fans who had been following Nazeri’s career for years. The concert itself was presented in two halves, the first largely taken from his classical repertoire, and the second a medley of traditional folkloric pieces, many Kurdish. The musicians played both short and long necked lutes including kamancheh, tar, tanbur and setar, intricately designed plucked string instruments which they swapped occasionally as the set required. There were far more ouds (and plucked string instruments in general) than I am used to seeing in Arabic traditional music. I felt moved by the combination of all these sonorous strings strummed powerfully and rhythmically together, almost like they were percussion. It also heightened any anticipation of moments of solo playing. It was surprising to see a water drum being played along with the Iranian daf frame drum. The former is a deeply resonant instrument made of two half gourds, one sitting atop water and struck with beaters. I had only come across it in the context of West African music but it contrasted well with the daf’s metal rings shaking in unison. I wondered whose experimental spirit this was, Nazeri or the Mana ensemble.

Nazeri’s expressive vocals were well displayed in the hall’s open space. Through long, unaccompanied phrases his voice would rise progressively in pitch then fall again, as the strings crashed back into the melody with great drama. I also enjoyed the Kurdish call and response exchanges between Nazeri and his instrumentalists acting as a chorus. But my favourite moments were experiencing the build-up of an almost meditative atmosphere through steady repetition, before the song then broke into a gallop, taking its focused listeners with it.

After the concert, I was fortunate enough to meet members of the Mana ensemble and discuss some aspects of their performance. We chatted about the different kinds of love described in their performance, devotional and romantic, as well as shared features of Arab and Persian musical traditions like common complex rhythms such as mukhammas and musical forms like the peşrev (Ottoman Turkish) or pishrow (Persian), which is the traditional introductory piece in a classical performance.

One question I regret not asking was whether they had sensed a formality in the European concert hall surroundings that clashed somewhat with their musical tradition. Influenced by the Arabic notion of tarab, I had expected to hear more cries of appreciation from a moved listener and wondered how a Persian Sufi performance style deals with audience engagement. Certainly, the mysticism of Rumi’s poetry could draw in and silence an audience but I imagined Kurdish folk pieces might usually be a more interactive affair.

In any case, the Ostad’s generous performance had impressed and delighted his audience. As the performers took their bows and enjoyed a long standing ovation, I watched fans rush over to congratulate them and knew we had experienced something rare. 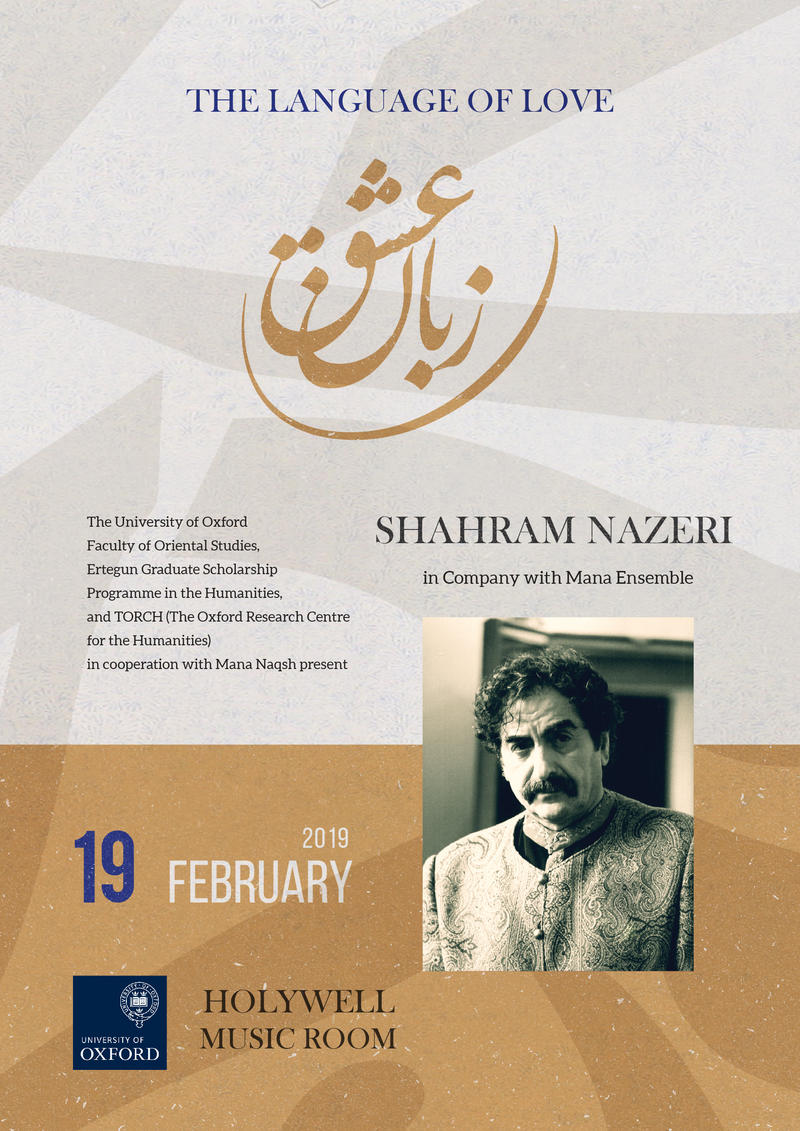