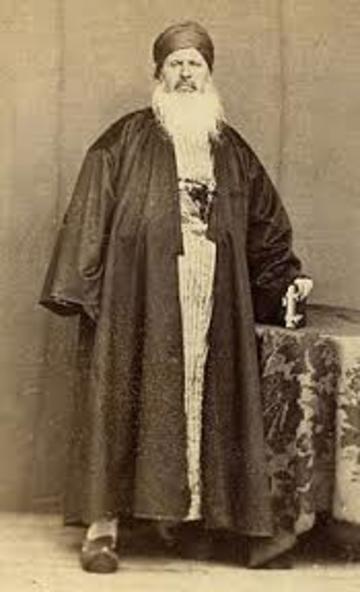 On Wednesday 16 January, Ertegun scholars gathered for the latest “Project Talk”, given by Ertegun Board member and Professor of Modern Middle Eastern History, Eugene Rogan,

and Peter Hill, who is also a historian of the Arab world in the nineteenth century and who is currently a Junior Research Fellow at Christ Church, Oxford. The focus of their talks was Mikha’il Mishaqa, a fascinating 19th-century Lebanese public figure and thinker, whose writings open a window onto the religious and intellectual debates of his era and the troubled times in which he lived.

Mishaqa’s conversion from Greek Catholicism to Evangelical Protestantism was the focus of Peter Hill’s part of the talk. This highly public conversion involved Mishaqa in bitter disputes and polemics with members of his former Catholic Church, most notably the Patriarch Maximus Mazlum. The conversion was the culmination of a long process of change in Mishaqa’s religious and intellectual views, the seeds of which were sown in his youth, when he came across Arabic translations of European Enlightenment writings. These led him to examine the various religious faiths on offer in Ottoman Syria and Egypt, and to become sceptical of all of them. Thirty years later, after a varied career as tax-farmer, merchant, doctor and political go-between, he grew close to the American missionaries stationed in Beirut. Their faith ultimately overcame his strong religious scepticism, offering what he saw as a reasonable religion, which he defended resolutely in polemics against Catholics and sceptics alike in the period following his conversion. Part of Protestantism's appeal for Mishaqa lay in its emphasis on interior faith, a welcome alternative to the increasingly sectarian politics of religious communities in Ottoman Syria during the era of the Tanzimat reforms.

Eugene Rogan focused on a different period and aspect of Mishaqa’s life: his role as American Vice Consul in Damascus in the years following his conversion. Though he spoke no English, he was recommended for the job by the British Consul, Mr Brant, who no doubt favoured Mishaqa over other candidates because of his protestant faith. Within a year of taking up his appointment, Mishaqa was caught up in the sectarian violence that swept through Mount Lebanon and Damascus in the summer of 1860.  Through his weekly reports to the Consul General in Beirut, Mishaqa captured the growing tensions between Muslims and Christians, provoked by Ottoman reforms and changes in their relative economic standing. Gravely wounded in the Damascus massacres, Mishaqa observed the measures taken by the Ottoman authorities to restore order and rebuild the Christian quarters.  His detailed reports provide a unique contemporary record of a defining moment in the modern history of the Middle East.

The talks and a lively Q&A session were followed by more conversation over dinner at Branca before everyone went home to bed, knowing a great deal more about religion, culture and identity in 19th century Lebanon and Syria than they had previously done.