“What a day to listen to Beethoven’s Ninth.” So I thought on that (rather) stormy afternoon, just as we made our way to dinner after the Troy exhibition at the British museum. As a classicist, I think a lot about monumentality, and how things become history, and how some memory persists even when the world we inhabit keeps looking for change. If Troy, the product of myth and history in equal measure, could prove that cultural memory is more enduring than any physical ruins, then the Ninth Symphony of Beethoven is ample evidence of how people could be remembered through space and time, in the language of music. On that day, Beethoven’s music was very much alive in the Barbican Hall as it was two hundred years ago when the composer premiered it to the world, and I rejoiced at the thought that some things are too precious to fade away, even with the passage of time.

The sold-out performance was every bit as wonderful as I had imagined and went beyond my expectation in how mesmerising it could be. Led by the world-renowned conductor Sir Simon Rattle, the London Symphony Orchestra opened the evening with the haunting Lulu Suite by Alban Berg, who exploited the full potential of musical dissonance in his composition. It is the performance of Beethoven’s masterpiece, however, that gave me my fondest memory of the day. Sir Simon Rattle, in a pure display of virtuosity, conducted the entire symphony from memory, and with the rest of the LSO brought to us a performance most spirited, majestic, and full of infectious energy. (One of our scholars was particularly impressed with the principal triangle – which he felt added much more colour to this already remarkable performance. “More triangle,” he said afterward, “I really need more triangle there.”) The 70 minutes felt almost too short as we sat in awe, all the way to the last notes of Ode to Joy, at which point the entire music hall erupted in a 5-minute standing ovation. It marked the beautiful culmination of our night, an immersive experience I would gladly relive if I could. 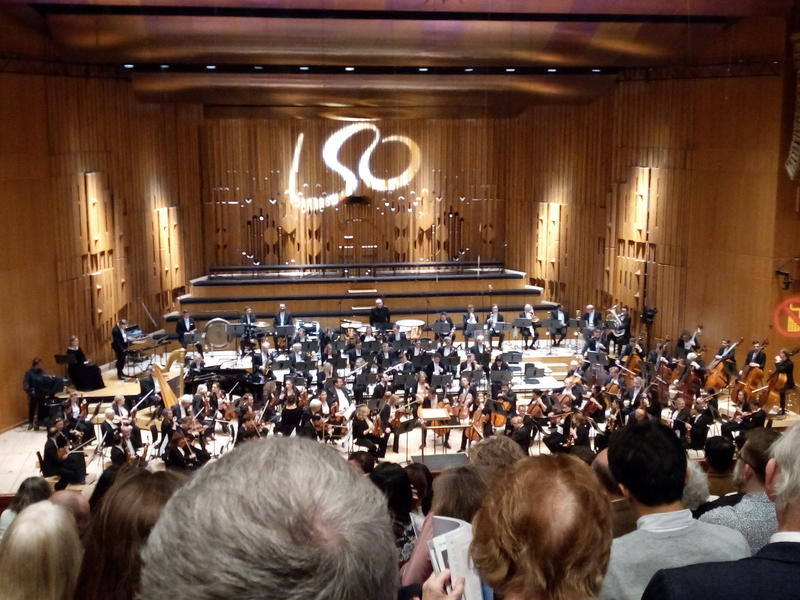