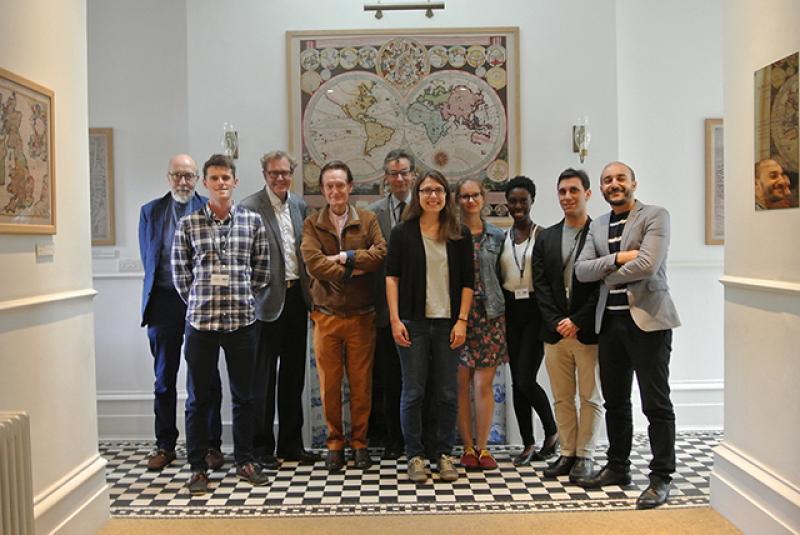 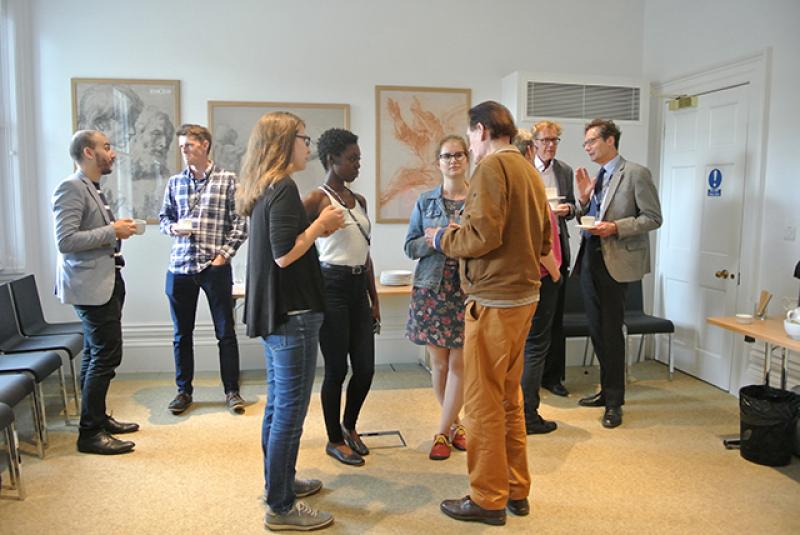 On 15 September, during the Saturday afternoon prime time of the annual Oxford Alumni Weekend, renowned Leonardo specialist Martin Kemp, Emeritus Research Professor of the History of Art (Trinity College), delivered the first Ertegun Lecture to an audience of well over one hundred Oxford alumni, joined by eight Ertegun alumni and current scholars. Professor Kemp was joined by Ross King, author of Leonardo and the Last Supper, to discuss his latest book, Living with Leonardo: Fifty Years of Sanity and Insanity in the Art World and Beyond. The tour de force lecture ranged widely over Kemp’s life and career. The audience heard how as a young man Kemp had nurtured his love of art by spending his free time sitting in on Art History lectures after coming up to Cambridge to read Natural Sciences as an undergraduate. They were also regaled with anecdotes about Kemp’s encounters with prominent art collectors and, of course, with the paintings of Leonardo.

Kemp has frequently found himself at the centre of controversies around attribution and interpretation in relation to Leonardo’s work. He recounted some of those stories, stressing his constant conviction that art historical questions can best be answered by combining science with connoisseurship. If at the start of his career many art historians looked down on technology as an insignificant handmaiden to connoisseurship, today the reverse is sometimes true, with technology held up as sufficient in itself to solve questions of attribution. He illustrated the need for science and artistic expertise to work together with a number of examples, one striking one being the crystalline sphere held in the left hand of Christ in the Salvator Mundi painting. As Kemp explained, it was empirical scientific observation – recognizing the ball as a piece of rock crystal – combined with an understanding of the cosmology of Leonardo’s times, when it was believed that the stars revolved around the earth fixed in their orbits on crystal spheres, that had opened his eyes to the symbolic significance of the crystal ball, representing Christ as the Saviour not only of the world, but of the entire cosmos.

After the lecture, Professor Kemp and Martin Ross came back with the Director, Emeritus Director, Scholars and Alumni to Ertegun House. More lively conversation and question and answer followed over tea. Our guests then enjoyed a tour of the House, which left them both suitably impressed. The first Ertegun Lecture will be a hard act to follow, but that is what we plan to do. In future all Oxford Alumni Weekends in Oxford and North America will feature an Ertegun Lecture given by an eminent Humanities scholar.