The first ever Ertegun Alumni event held in America at Christie's, New York

On Friday, January 25th, eighteen former Ertegun Scholars joined Mica Ertegun at Christie’s in New York for the first-ever U.S. Alumni event. Before being treated to a tour of the up-coming Old Masters sale, we gathered together and shared the paths we’ve taken after Ertegun House. Scholars have accomplished wide-ranging feats, from becoming an assistant professor at Yale to opening a karate studio in Vermont. Many others of us are enrolled in doctoral programs and law schools across the Northeast. It was fascinating to hear about the ways in which the Ertegun Programme laid the foundations for these projects, and how they have evolved since leaving Oxford.

Ertegun Alumna Laura Waelbroeck (2013), Client Relationship Manager at Christie’s, then led us all downstairs for a champagne reception in the stunning gallery spaces. Prints and drawings specialist Furio Rinaldi provided an illuminating look into upcoming auction highlights. We then gathered for a meal at the Century Club, home to a long-standing association of over two thousand artists, authors, and intellectuals. The Century has long prided itself upon the ‘fine art’ of conversation; we did our best to uphold this legacy over dinner.

Director-Emeritus Bryan Ward-Perkins, who had made the journey from Oxford to be with us, concluded the evening with a toast to Mica Ertegun and the bright future of the Ertegun alumni network.  The success of the evening lent strong support to his words, and we went our separate ways very happy, and all furnished with tote bags with the new Ertegun Alumni logo. It was a real privilege to have spent the evening in the company of Mica Ertegun and Linda Wachner, celebrating a program that continues to resonate so strongly with all of us. 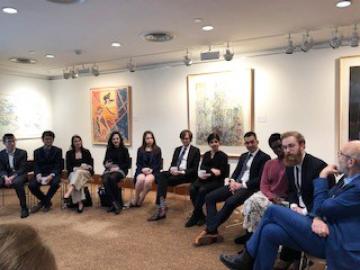 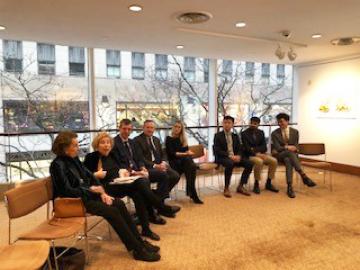 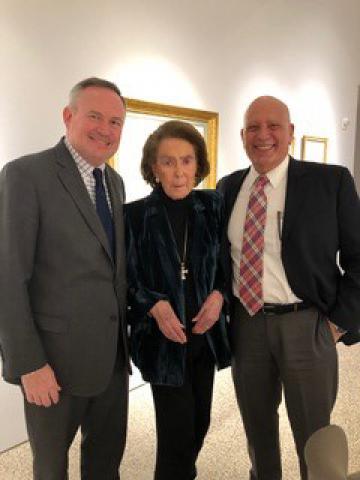 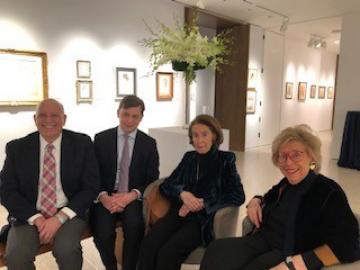 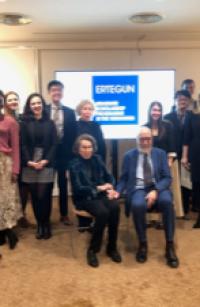