The ‘Young Rembrandt’ show at the Ashmolean Museum was both shockingly impressive and enormous fun. 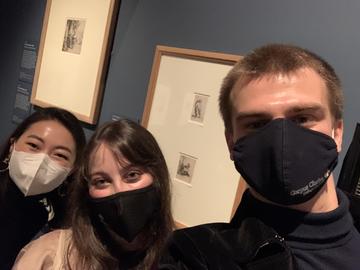 The works spanned from Rembrandt’s earliest known creations produced in the mid-1620s to the more mature paintings of the mid-1630s, at which time he was already producing masterpieces in Amsterdam. Viewing the development of an artist from their earliest attempts all the way to virtuosity is naturally fascinating, but in Rembrandt’s case it was particularly striking. Some of the earlier engravings, paintings and sketches were of such poor quality that the curator, An Van Camp, happily called them ‘dreadful’, and they bore no obvious resemblance to the later Rembrandt. There were some particularly odd looking animals in these early works, such as the Goat in Tobit Accusing Anna of Stealing the Kid, 1626. It is, I think, refreshing to see that even the greatest of craftsmen started off confusedly fumbling and failing while trying to develop their skill. 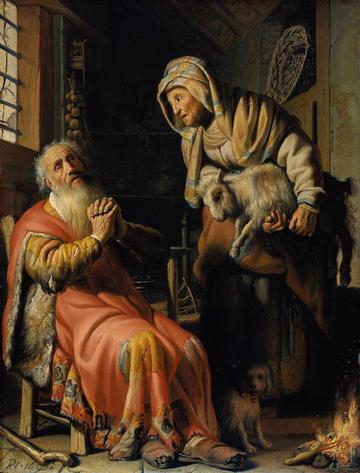 One delightful aspect of the exhibition was Rembrandt’s sense of humour: from his amusing facial expressions in his self-portraits (for instance, Self-portrait in a Cap, 1630), to the ageing and time-worn models he dressed up in exuberant, extravagant and regal clothing (such as A Man in Oriental Dress, 1632), to his apparent obsession with scatology. 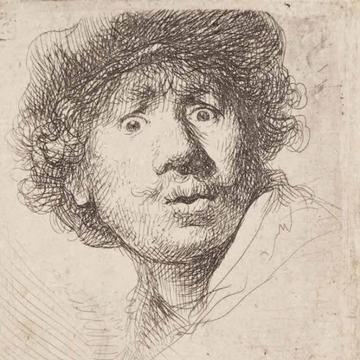 Indeed, it was quite a surprise to see detailed etchings of women defecating and urinating (see A woman defecating, 1631, and A man urinating, 1631), though perhaps the best example of his humorous scatology is a painting of the Biblical story of the Good Samaritan, where in a wonderful moment of bathos, Rembrandt places the Samaritan helping the traveller in the background, and a dog obtrusively and copiously defecating in the foreground (The Good Samaritan, 1633). 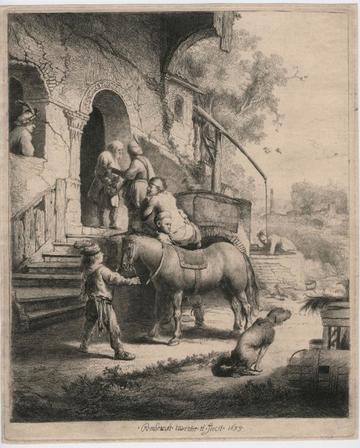 Alongside his humour, these paintings of defecation are typical of Rembrandt’s apparent fascinating with all aspects, not only the exalted and beautiful, of the human condition. This sensitivity to life in all its appearances was also present in the painting I found most excellent and moving in the exhibition: Bearded Old Man, 1632. The old man, who seems to be perhaps suffering from dementia, is painted in such a way that it uniquely captures frailty, fear, confusion and sadness. Movingly, the man depicted, though a different man, bears resemblance to the early sketches of Rembrandt’s own father.