Edward II at the Oxford Playhouse 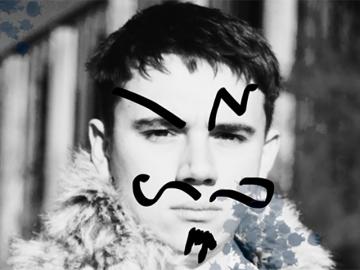 Between Claire Foy’s Elizabeth II, Jenna Coleman’s Victoria, Damian Lewis’s Henry VIII, and the horde of kings—would-be, has-been, or regnant—on The Hollow Crown, our screens are crowded with British monarchs of every era. At the end of January, the Ertegun Scholars had the opportunity to witness the rise and fall (mostly the latter) of a less-iconic royal, Edward II, as retold in the Christopher Marlowe tragedy bearing his name.

Edward II (r.1307–27) is not a monarch of whom posterity has been particularly proud. Both his father, Edward I, and his son, Edward III, were accomplished warriors and respected monarchs, whose long reigns (thirty-five and fifty years, respectively) were crucial periods in the evolution of Parliament and of the English state. By contrast, Edward II’s most notable military exploit was his disastrous defeat at Bannockburn. He became notorious for the favor he showered on a Gascon knight, Piers Gaveston, who may have been his friend, his sworn brother, or his lover. Gaveston, who combined a lack of noble birth with considerable personal arrogance, was a leading cause for Edward’s barons to rebel, which they did repeatedly. Under the leadership of Edward’s queen, Isabella of France, and her lover Roger Mortimer, they successfully deposed the king in 1327 and replaced him with his son, Edward III. Several months later, the former king died, likely murdered on the regime’s orders.

The hapless Edward is no national hero in the mold of William Shakespeare’s Henry V, and Marlowe’s play is no triumphalist pageant. Even as Marlowe writes a heartbreakingly tender romance for Edward and Gaveston, he does not shy away from the two men’s deep—indeed, fatal—flaws. Gaveston is indeed, as Mortimer gripes “swoln with venom of ambitious pride.” His royal lover, for all his beautiful speeches, is simply not a very good king: profligate, feckless, self-centered, unwilling to compromise. The barons, sympathize though we may with their frustrations toward their liege lord, lose our goodwill through their constant, priggish jibes about Gaveston “the peasant,” “base and obscure.” Likewise, Isabella may be in an unenviable position, but she proves herself capable of shocking cruelty.

All these tensions were on full display in the student production of Edward II hosted by the Oxford Playhouse. The casting was, in a word, smart: the strongest actors were those portraying the central quartet of Edward, Gaveston, Isabella, and Mortimer. Rosa Garland brought an impressive regality to Isabella. Joseph Stephenson was magnetic as Mortimer, a part that has few vivid colors beyond ambition, lust, and umbrage. As the king’s lover, Sam Liu nimbly shifted from adoration to provocation and back again, clearly not part of the nobles’ world without lapsing into stereotype. But the chief plaudits belong to Calam Lynch, tasked with the title role. Lynch somehow balanced all the contrasting notes of the part—obsessive infatuation, sensuality, savage grief, stubborn pride, world-weariness, despair, and brief moments of elation—and reconciled them within one character. The king’s final, harrowing scenes as a captive were a tour-de-force, viscerally painful but never overdone. Mention must also be made of Adam Husain, whose subtle turn as the murderer Lightborne made the king’s murder an act of seduction far more chilling than the gruesome act itself.

Of course, this was a student production, with all the limitations that entails. Not every actor was a real presence onstage; there were certainly moments of wooden declamation. One might reasonably quibble with the editorial choices: the general inclination seems to have been to sacrifice some of the longer speeches to fit in as many of the play’s plot points and characters as possible. For myself, I think Marlowe is at his best in the grand, scenery-chewing monologues, as his characters rail against the world. Given the caliber of the lead actors, I would have liked to hear every last word of those moments.

I confess to some confusion about the staging. From what I could tell during the performance, we seemed to be riding that reliable workhorse of classical theatre, the vaguely fascist 1930s aesthetic. Long coats with fur lining, smartly cut blazers, and elegant gowns, mingled with machine-gun fire. It was only afterwards, looking at some of the promotional material, that I learned the inspiration had been half a century later, in the fall of the Soviet Union. The fur collars and the brutalist concrete throne are certainly Russian touches, but I must say the interpretive possibilities of placing the deeply personal politics of Edward II in the dying days of the USSR went sadly unexploited.