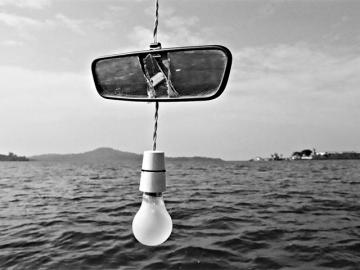 From May 5 to 6th 2017, I co-hosted a workshop at the Ertegun House titled “Spatialising the Social Sciences in Postcolonial contexts”. The workshop brought together graduate students at different stages of their academic programs, as well as more established scholars, from British and European universities as well as a diversity of disciplines, all of whom are critically engaging the concept of space in postcolonial contexts.

I organised this conference with a peer from King’s College London, whom I met at the British Association for Middle Eastern Studies conference last summer. We are both engaged in spatial analysis in the Middle Eastern context, and we thought it would be beneficial to bring together scholars eager to think about the importance of the spatial turn in the social sciences and humanities, but as it pertains to the study of the postcolonial world in particular.

The conference was very productive. Excellent papers were presented and because we were a group of between 10 and 20 people each day, we were able to have intimate and detailed discussions. The conference was divided into three panels: Space and Epistemology, Space and the Institution, and Space and the Other, chaired by academics from Oxford, Goldsmiths and Université Grenoble Alpes. Paper topics included an ethnographic exploration of immigrant neighbourhoods in a Dutch city; an analysis of India’s new IT-oriented services economy in second tier cities; Moroccan post-independence attempts at decolonizing the social sciences; territoriality and the Chilean student movement; NGO operations in informal settlements in Ghana; and banking kiosks as spaces of exclusion and inclusion in India. I spoke about my own work with public space activists in Lebanon and the shift away from ideological to issue-focused activism in the country, as well as the ‘right to the city’ as a developing counter-discursive strategy through which to oppose the state.

At the end of the workshop, we decided to work on a follow up set to take place in Beirut, where we plan on workshopping one another’s papers and working towards the production of special journal issue.