The Sense of Self 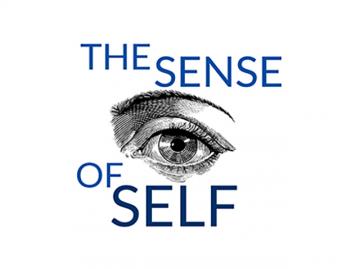 I started actively organizing this conference ten months ahead of its start, in August 2016. I knew that I wanted to organize a large interdisciplinary conference during my time as an Ertegun scholar, to take advantage of the resources offered with the scholarship, and in particular the use of the Ertegun House. I also knew that I wanted this conference to revolve directly around the topic of my DPhil thesis. Indeed, this is a unique opportunity to get well acquainted with prominent researchers in my field on a personal level, discuss my ideas with them, and spread awareness of the questions we are working on. An important aspect of this conference was its interdisciplinary nature. I wanted to invite both philosophers and scientists (neuroscientists and psychologists), and spark real discussions across disciplinary background.

I started by writing down a list of researchers I wanted to invite, while keeping a provisional schedule in mind. In the end, I settled for nine speakers, more or less equally divided between philosophers and scientists, for a three-days conference. To minimize the cost of accommodation, I decided to start the conference in the afternoon on the first day and end it after lunch on the third day – this way speakers could arrive in the morning of the first day and leave on the afternoon of the third, only staying in Oxford for two nights. This ended up working very well. I wrote to each prospective speaker, and they all accepted my invitation. We found dates that could accommodate everyone’s schedule, May 29-31. From there, I found accommodation for my speakers in eight difference colleges, mostly through fellow Ertegun scholars, I planned the two lunches and conference dinner, created a website (https://senseofselfoxford.wordpress.com), set up registration and refined the thematic organization of the programme. I dedicated some time every week to these different tasks for nine months. Although I was worried that anything might go wrong, the speakers all told me that they were very pleased with the organization.

The theme of the conference was the sense of self. The idea that a “sense of self” pervades ordinary conscious experience appears to have at least an intuitive appeal for a number of authors in philosophy, psychology and cognitive neuroscience. Furthermore, several authors have even argued in recent years that a minimal kind of sense of self or self-awareness is necessary for consciousness – in other words, that an individual cannot be in a conscious state if she lacks such sense of self. The aim of the conference was to investigate the very notion of sense of self, which is notoriously elusive and polysemous, in order to bring some clarity to these discussions; furthermore, it intended to bridge the gap between conceptual and experimental approaches to the notion.

The conference was divided into four thematic units, each tied to one morning or one afternoon. To encourage real discussions between the speakers beyond their respective papers and across their disciplinary backgrounds, I included “plenary sessions” at the end of each thematic unit in the programme, in addition to their own Q&As. This way, the speakers of the morning/afternoon would come back to sit around a table and discuss important questions together, as well as answer further questions from the audience. The first morning was dedicated to “Conceptual issues regarding the sense of self”. The philosopher Marie Guillot (University of Essex) and the neuroscientist and meditation researcher Aviva Berkovich-Ohana (University of Haifa, Israel) discussed important distinctions between several notions of the sense of self. There is a conceptual difference between being aware of oneself (what Guillot called “me-ness”) and being aware of one’s conscious mental states as one’s own (what she called “mineness”). There is also a difference, nicely illustrated by Berkovich-Ohana’s research on various styles of meditation, between the “narrative self” (the network of autobiographic memories and beliefs that constitute personal identity) and the “minimal self” (the low-level experience of being a self, rooted in sensorimotor processes).

The first morning of the second day was dedicated to “Bodily ownership and the sense of self”. Frédérique de Vignemont (Institut Jean Nicod, Paris) and Shaun Gallagher (University of Memphis) debated whether or not there is a sense of bodily ownership (a special experience of my body as mine), and to what extent such experience constitutes a sense of self. The afternoon of the same day was dedicated to “The multisensory roots of the sense of self”. Three prominent scientists, Manos Tsakiris (Royal Holloway University of London), Anil Seth (University of Sussex) and Olaf Blanke (École Polytechnique Fédérale de Lausanne), presented their research on how multisensory integration of stimuli from both exteroceptive senses (sight and audition), somatosensory input (touch) and interoception (internal bodily sensations) generates the basic sense of being a self distinct from one’s environment.

Finally, the last morning of the conference was dedicated to “Minimal Phenomenal Selfhood” (MPS), a notion first developed by the philosophers Thomas Metzinger (University of Mainz) who was there to present his new take on this topic eight years after his seminal 2009 paper. According to Metzinger, MPS is the simplest form of self-consciousness. In 2009, he argued that there are three necessary and jointly sufficient conditions for MPS: self-identification to a body, spatiotemporal self-location and the geometric first-person perspective. He now denies that self-identification of a body (as one’s own) is a necessary condition for MPS. The psychologist Jakub Limanowski (Freie Universität Berlin) offered his own take on the notion of MPS, presenting a neurocomputational account of MPS in the predictive processing framework.

With around 85 delegates and a packed room at all times, the conference was a success. Given that it obtained a grant from the Mind Association (which edits the journal Mind), it is eligible for a volume in the Mind Association Occasional Series with Oxford University Press. I am now working with my speakers and a few other prospective contributors to make this book project a reality.

I am very grateful for the generous support of the Ertegun Scholarship Programme in the Humanities, without which I could not have organized such an ambitious conference. I have greatly benefited from being able to use the Ertegun House for this event – everyone was impressed with the premises, from the delegates to the speakers.