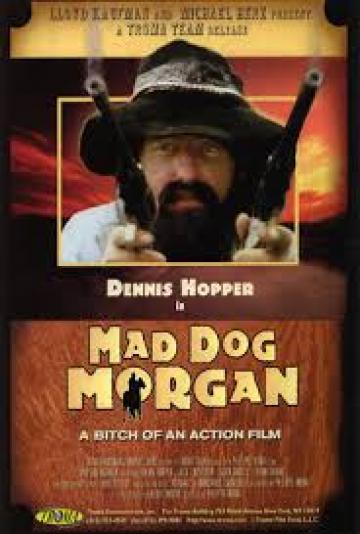 Across four Tuesday evenings in Michaelmas, scholars gathered in the seminar room of the House for the first Ertegun Film Series of the year. Lured by sourdough pizza and wine, a dedicated regular audience along with more occasional viewers took time out from their study regimes to encounter unique and often challenging films collected under the theme, ‘Frontiers of Australian New Wave Cinema’.

The series took four remarkable Australian films from the 1970s – a decade of radical cultural and social transformation – and framed them as negotiating a series of frontiers: ancient frontiers of the bush and the outback, iconic yet hostile landscapes that haunt the cultural imagination; the historical frontier, marred by colonial violence and dispossession; political and social frontiers in a decade of drastic transformations; and a cultural frontier, as white Australia sought to distinguish itself from its European ancestry, to celebrate its difference through a unique cultural output, and to explore its fraught relationship with Indigenous Australia and its 60 millennia of continuous culture. The theme of frontiers was intended to evoke both progress and violence, as these inventive yet confronting works wrestled with an emerging and complex sense of national identity.

The series itself sought to navigate the twin currents of the Australian New Wave – both high-minded, artistically ambitious films emulating a European modernist sensibility, and pulp, genre B-movies, the ‘Ozploitation’ flicks for drive-ins and export to the American market. Beginning with the once lost, now restored and revered Wake in Fright (Ted Kotcheff, 1971) – a searing outback classic – it was an exciting journey through diverse subjects and styles, taking in the underappreciated minimalist eco-horror of Long Weekend (Colin Eggleston, 1978), a deep dive into Ozploitation with Dennis Hopper in the schizophrenic bushranger biopic Mad Dog Morgan (Phillippe Mora, 1976), and finally the profoundly provocative ballad-turned-bush-Western (with a dash of slasher revenge!) The Chant of Jimmie Blacksmith (Fred Schepisi, 1978), with its powerful reimagining of the politics of race and national identity. As well as posing challenging questions of the national mythology, these films also raised issues of the relationship between genres and art cinema, the limits of taste and the place of aesthetically daring Australian films amongst the American popular genres and European New Waves they both imitate and innovate.

Coordinating this series was an immense pleasure and privilege, an opportunity not only to share these peculiar cultural objects with an interested audience, but to learn from their experiences and responses as well. As a robust test of my own curatorial acumen, my fellow scholars engaged deeply with the stories, politics and aesthetics of what they’d seen, and were eager ask questions and share thoughts in lively post-screening discussions. These insightful exchanges, rooted in the distinctive experience of collective viewing, were the key to the success of the series, and I am greatly looking forward to collaboratively developing further film programmes for the coming terms.