In our first Cultural Conversation, we engaged in fascinating cultural exchanges about food and culinary culture across North Carolina, Wales, and Israel, which then expanded to an interesting discussion of Kebab across the Middle East and Europe. Kathleen surprised us with her artworks of the elements of North Carolina cooking and talked about Brunswick Stew, which is more of a tradition than a mere meal to the people of North Carolina: while the stew is being cooked in a cauldron on a bonfire for several hours, the people gather around to recount stories.
She impressed us with her first-hand knowledge about the dish, its origins and its methods of cooking. 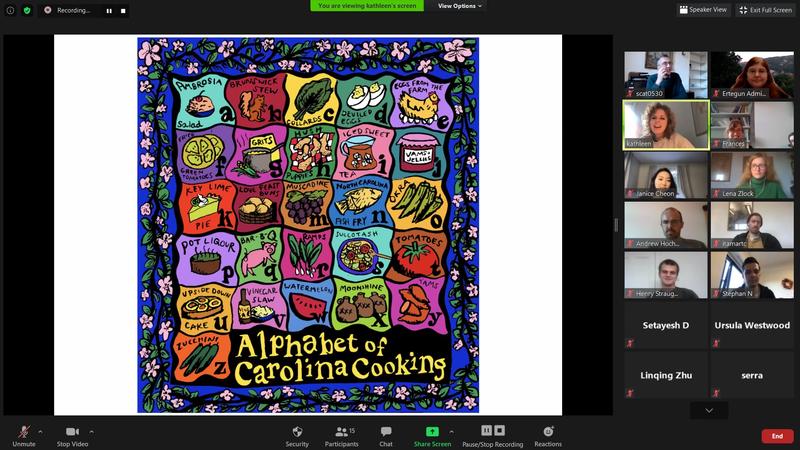 Afterwards, Frances, our Welsh linguist, introduced ‘Picau Bach’ or Welsh cakes, and she used their names and their associated words to explore the origin and variety of her favourite Welsh dish. 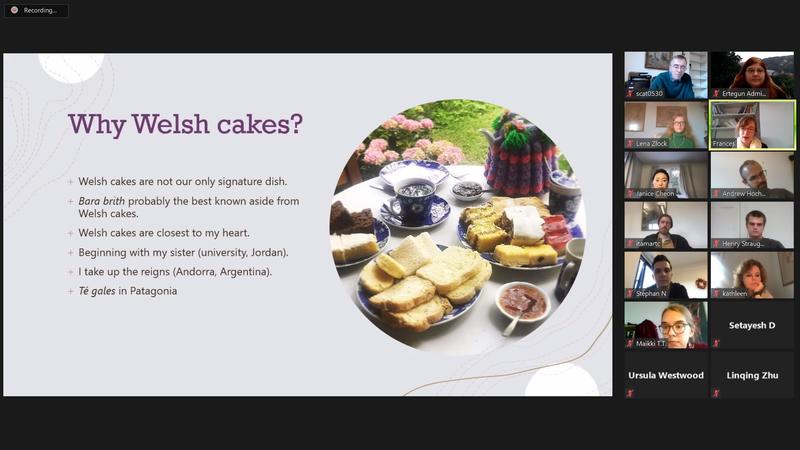 Itamar depicted the journey of mango from India to Israel: ‘Amba’, an ingredient of the Israeli breakfast dish ‘Sabih’, was one of the things that the Jews from the Iraqi community, who were employed by the Jewish traders in India, brought back with them to Israel. The fact that ‘Amba’ is a loanword from Indian languages in Hebrew drew our attention to ‘Kebab’: this internationally famous dish, whose name is a loanword of Arabic into Turkish probably via Persian, is called the same throughout the world but its forms and recipes are vastly varied. Each culture, Eastern or Western, has modified this dish according to the characteristics of the culinary practice of its people. Some of us also mentioned their favourite Kebab (and I had the chance to express my love of ‘Kabab Torsh’ or sour Kebab, made with pomegranate and walnut sauce, a dish of Northern Iran!). 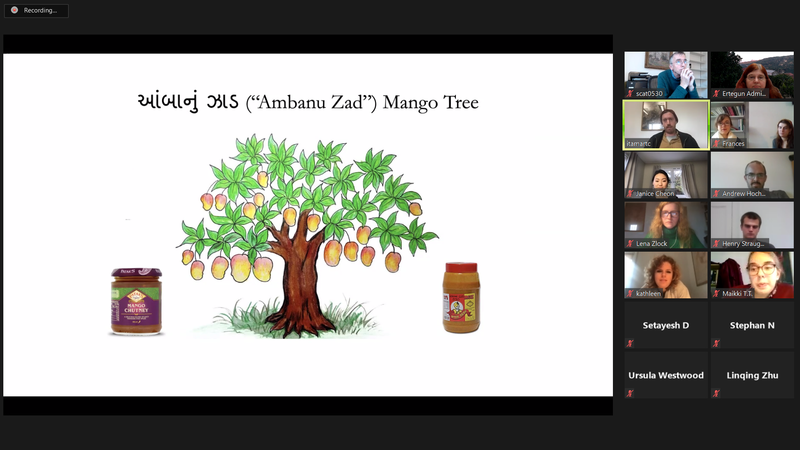 After this delightful and informative event, Kathleen and Frances kindly shared recipes of the dishes that they introduced with all of us.