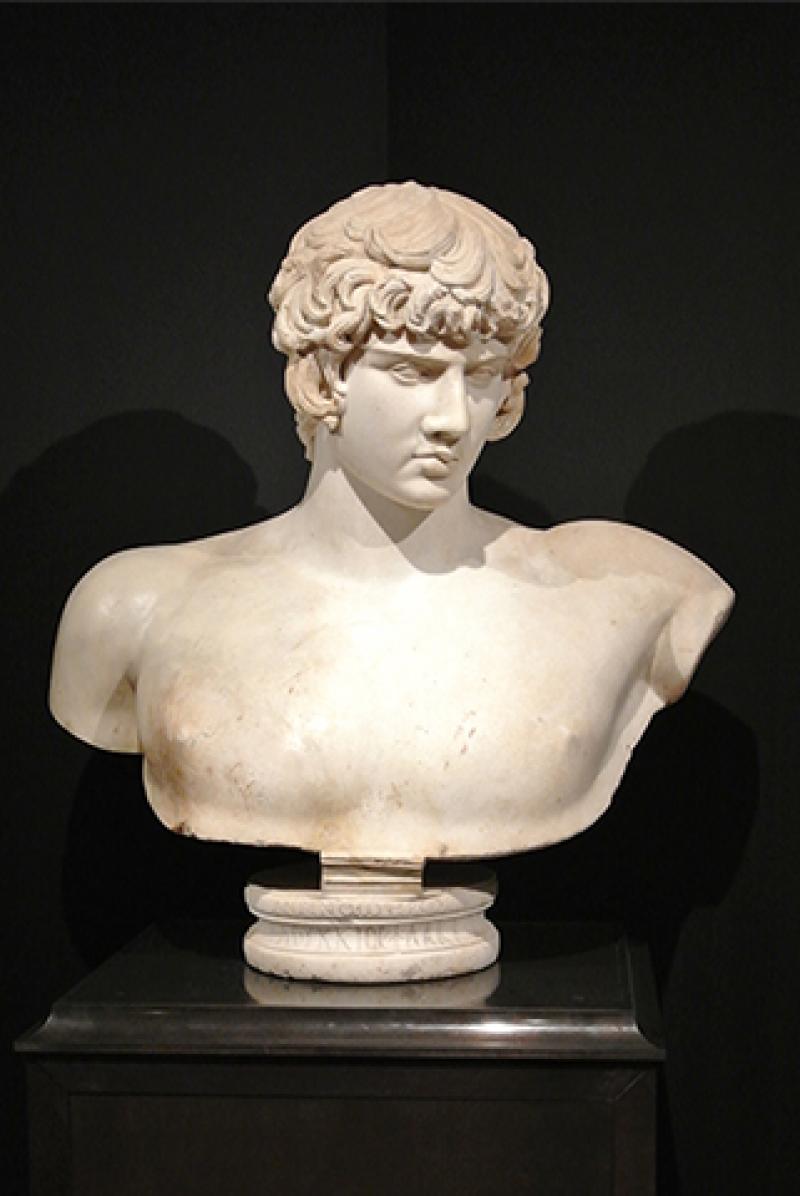 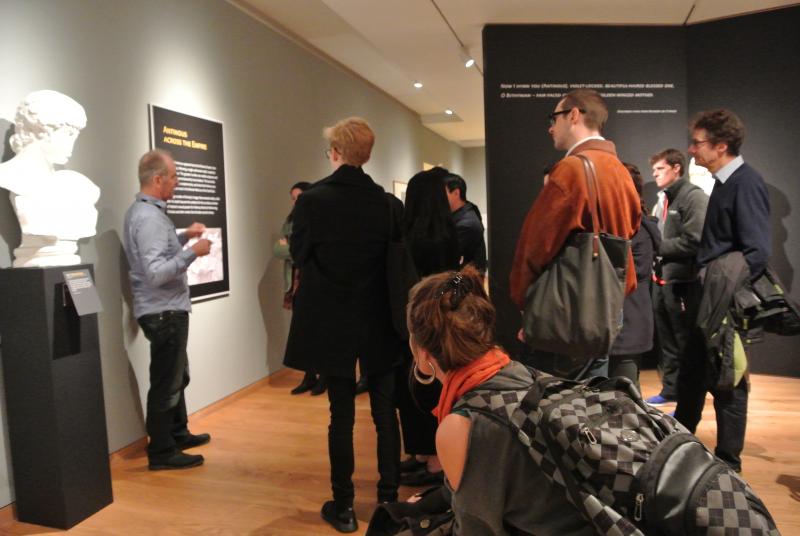 “Nay, further, if one were to investigate, in a spirit of truth and impartiality, the stories relating to Antinous, he would find that it was due to the magical arts and rites of the Egyptians that there was even the appearance of his performing anything marvellous in the city which bears his name …”

It is not everyday that one gets the opportunity to be guided through a Greco-Roman exhibition by a world-leading expert in Hellenistic sculpture. Yet, this is what the Ertegun scholars were treated to on Friday 19th October at the Ashmolean Museum. Professor Bert Smith—the Lincoln Professor of Classical Archaeology and Art at Lincoln College, Oxford—provided a ‘tour de force tour’ of the newly-opened exhibition on Antinous which he curated. Though the exhibition was just about the size of a typical classroom, it functioned like a real-life time machine, transporting us back into the second century world of the Roman empire. Through Prof. Smith’s engaging and erudite discourse with the Ertegun scholars, he breathed life into the exhibition’s sculptures, causing them to speak once again their ancient thoughts into our modern ears.

Prof. Smith began by introducing us to the subject of the exhibition: Antinous was a Bithynian Greek youth who was favoured by the emperor Hadrian, and who was possibly also Hadrian’s lover. He tragically passed away in 130 c.e., barely twenty years old, by drowning in the Nile under uncertain circumstances (innocent accident? passionate suicide? political murder?!). After his death, Hadrian established the city of Antinoopolis in Egypt in his honour, and Antinous was subsequently deified. Within less than a decade, he was already worshipped across the empire, with sculptures and coinage bearing his image being found in Rome, Carthage, the Greek peninsula, Asia Minor, and Palestine. He was adopted as a god for the poor as well as for the dead (being conflated, for example, with Osiris in Egypt).

Fully half of our one-hour tour was spent examining a remarkable marble bust of Antinous, which a benefactor of the Ashmolean had purchased for the extraordinary price of over twenty million pounds. The bust had been purchased with a broken nose and a missing shoulder, but the Ashmolean staff had performed a stunning restoration of the bust such that the restoration work was completely unnoticeable—at least to this untrained eye! Prof. Smith provided an all-encompassing explanation of various features of the bust, which included, inter alia, the bust’s downward gaze (suggesting youthful humility), its neck-long hair (signifying divinity), and the inscriptions on the bust’s base (which implied popular-level adoration). It was a scholarly masterclass in ancient visual representation.

Equally thought-provoking was how Prof. Smith used the evidence displayed in the exhibition to theorise about Antinous and his impact on societies across the Roman empire. For example, as a student of early Christianity, I was especially interested to hear that Antinous drew strong criticism from writers in the early Church, including Origen (whose quote begins this article). Prof. Smith theorised that one of the reasons behind this criticism was Antinous’ role as the patron god of the poor. Since the poor was a demographic group which the early Church had great interest in, Prof. Smith suggested that this was one of the motivators for the Church’s robust response to the Antinous cult. However, what was perhaps even more surprising than the early Church’s reception of Antinous was his modern-day reception. Due to his alleged erotic relationship with Hadrian, the “boy made god” has been adopted as a cultic figure by some contemporary gay communities!

It was clear to me that the Ertegun scholars were highly engaged, because the group bombarded Prof. Smith with more than thirty questions during the brief one-hour tour. For me personally, the tour provided a learning experience that was both relevant and informal, complementing my own rigorous Master of Studies programme in the Greek New Testament as well as the weekly seminar series at Ertegun House. Having said that, the best articulation of my feelings towards this short tour was provided by a fellow scholar when I told him how much I enjoyed the tour. He said to me, “Well, now you know—this is the Ertegun experience!” Indeed!