“... And He Gave Me the Scroll to Eat” : Monotheism and Material Culture in Ancient Judah 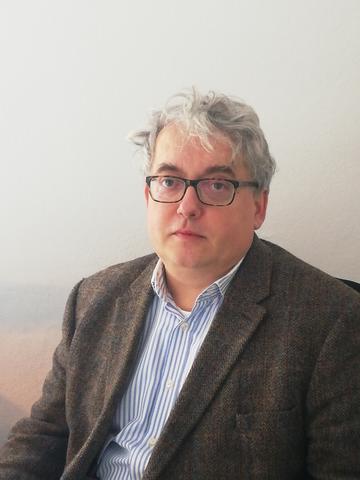 Professor Joachim Schaper, the Chair of Hebrew and Semitic Languages at the University of Aberdeen and the President of the International Organization for the Study of the Old Testament, delivered an Ertegun Seminar on 10 May 2019 entitled “‘... And He Gave Me the Scroll to Eat’: Monotheism and Material Culture in Ancient Judah”. The seminar was chaired by Professor Hindy Najman, Oriel and Laing Professor of the Interpretation of Holy Scripture, University of Oxford.

In his presentation, based on his upcoming book (entitled Media and Monotheism: Presence, Representation, and Abstraction in Ancient Judah, published by Mohr Siebeck), Prof. Schaper explored how the use of media in the post-exilic period enabled the transformation of pre-exilic Yahweh religion into what would be later known as “monotheism”. In particular, Prof. Schaper discussed three forms of new media (relatively speaking), namely, writing, images, and money, and argued that their use contributed to a substantive development in human conceptual abstraction that allowed the aforementioned religious shift.

The seminar was well-attended by staff and students from across the university, including the Centre for the Study of the Bible in the Humanities, the Oxford Centre for Hebrew and Jewish Studies, and the Oriental Institute, as well as members of the public. A delightful development from the seminar is that the thought-provoking discussions during the seminar have led to the planning of a collaborative workshop on “theoretical monotheism” between the universities of Oxford and Aberdeen. The evening culminated in an intimate dinner where the Ertegun scholars had the opportunity to interact further with Prof. Schaper and other senior Oxford faculty members.