An afternoon of music for theremin, ondes Martenot and piano 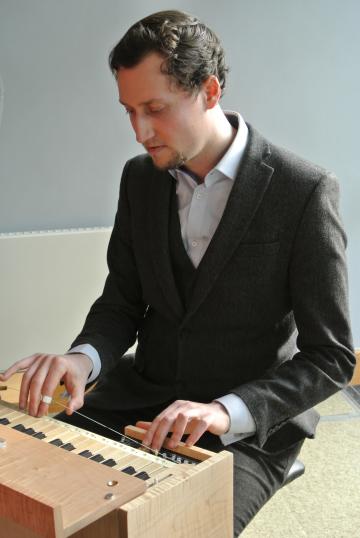 Last Saturday afternoon, Charlie Draper (Ertegun alumnus, 2012) and Andrew Frampton (DPhil student, music) treated friends of the Ertegun house to a delightful concert of music for piano and two uncommon instruments: theremin and ondes martenot.  Named after their respective inventors, both of these machines translate nuanced movements of the performer’s hands into electronically-produced pitches.  Draper’s ondes Martenot looked to be a simple electronic keyboard, but upon closer inspection, it boasted a number of knobs, switches, toggle-like keys, and even a string which can be used to manipulate the character of the sound.  The theremin, on the other hand, operates without the performer even touching the instrument.  Lacking the tactile assurance of keys or frets, the theremin player must quite literally pick the notes out of thin air.

Accompanied by Andrew on the piano, Charlie showcased the artistic capabilities of each of his instruments with works adapted for the duo as well as pieces composed specifically for these inventions.  Charlie kindly took time after the concert to answer queries about the instruments, share their histories, and even let us try our hand at playing!  However, it will surely take years of training and practice for any of us to reach the level of artistry which Charlie and Andrew displayed in this impressive and thoroughly entertaining performance. 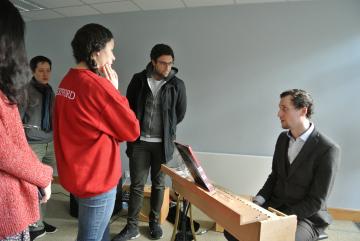 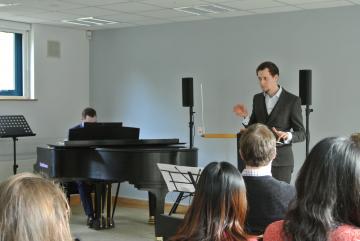